NYC: Where to Stay

Click on the below to read some of my prior posts on NYC:

Accommodation in NYC can be quite expensive. Midtown is the busiest area of Manhattan and it is where you will find Times Square, plenty of subway stations and a lot of shopping and tourist attractions. It thus tends to be the hub of where first time tourists find themselves.

However, further Downtown (such as SoHo, Tribeca, Chelsea, and Greenwich) are much cooler areas and have more of a neighborhood feel to them. These areas tend to be where locals would prefer to hang out. The Meatpacking District is a very trendy area and a lot of nightclubs are found here.

I have attached links to each of the hotel's websites that I mention in the post. I have done this so that you can have an overview of the hotel, however, when you are actually booking then I would suggest checking out websites such as Booking.com and Trivago as you are likely to find better deals on them.

SOME OF THE MOST LUXURIOUS

If money is no option then the below list of hotels are some of the most lavish hotels in New York (we can all dream!) - though one of the cities' most iconic hotels, The Waldorf Astoria, is currently shut for renovations. 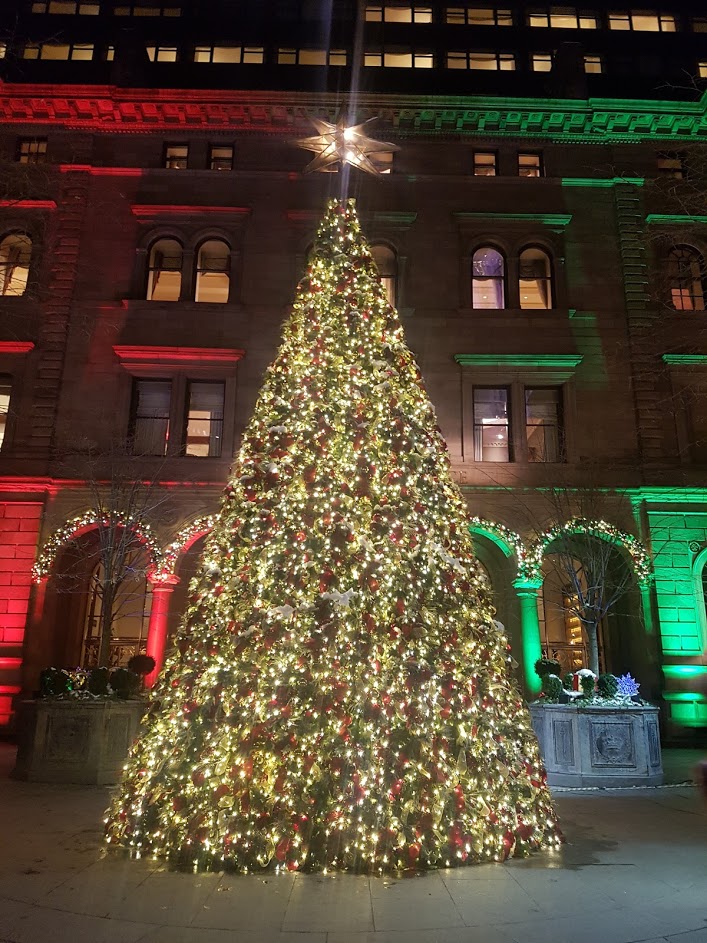 The Mark Hotel Upper East Side - close to Central Park

The Plaza Midtown - along Central Park

The Ritz-Carlton Midtown - along Central Park

The below list are luxury hotels too, however, you may find them a little cheaper than the above:

The Sherry-Netherland Midtown - along Central Park

The Bowery Hotel Downtown - Bowery (by the East Village)

All of the below still tend to be quite pricey, however, you might be lucky enough to find a good deal, or, you might decide to treat yourself for a few nights:

I'm lucky as I have some amazing friends in NYC and so I have stayed with them several times, however, on other occasions, I have stayed at the below locations (The Walcott is one of my favorites!). The Hilton can be pricey but we were lucky enough to find a really great deal with them one year - so keep an eye out for some bargains!

Midtown: Close to Times Square. Central location; it was previously more of a budget-priced hotel, however, it was revamped in recent years and the price has thus shot up. (Note: we did have a bad experience with staff when checking in here once and the issue took over half an hour to resolve. Not ideal when you've just landed from a long flight!)

I haven't stayed in either of the below locations just yet, however, they consistently get great reviews and they are located in the center of Midtown.

I have stayed in both of the below budget-friendly hotels. Both were clean and sufficient. The Travel Inn is right by Times Square and so it is very central. The Holiday Inn Express includes a nice breakfast and has several great locations around Manhattan.

Several locations in Manhattan. I stayed in their Chelsea location and loved this area. It was clean, friendly staff, great location and included brekkie.

Midtown: Hells Kitchen - close to Times Square. Basic but very central and a well-priced brekkie spot can be found right next door (which was never hectic unlike just a few blocks over in Times Square).

If anybody else has recommendations on places to stay, please share!

How Nice is Nice!