“You can go to heaven if you want to. I'd rather stay in Bermuda.”

I only had four nights on this beautiful island and it has left me longing to return - though next time I would visit during peak season (May to October)! I was unfortunate as there were gale warnings the first 2 days that I arrived (March), however, I still managed to fit quite a bit in and enjoyed many sunny periods throughout the trip too!

Getting There: Treat Yourself

The 'Beast from the East' snowstorm was still in force when I left Dublin and so it caused quite a turbulent start to my trip. It was difficult to even find transport to the airport...and when I finally did arrive I was notified that my flight would be delayed by a couple of hours. With all of this time to kill, I decided to treat myself to the airport lounge. I would definitely recommend it to anyone who has a few hours to kill at the airport! At a cost of €25 (booking online), or, €29 (purchasing at the airport) per person, you have access to complimentary drinks, snacks, newspapers, magazines, and a comfortable setting to recharge your phone and laptop. 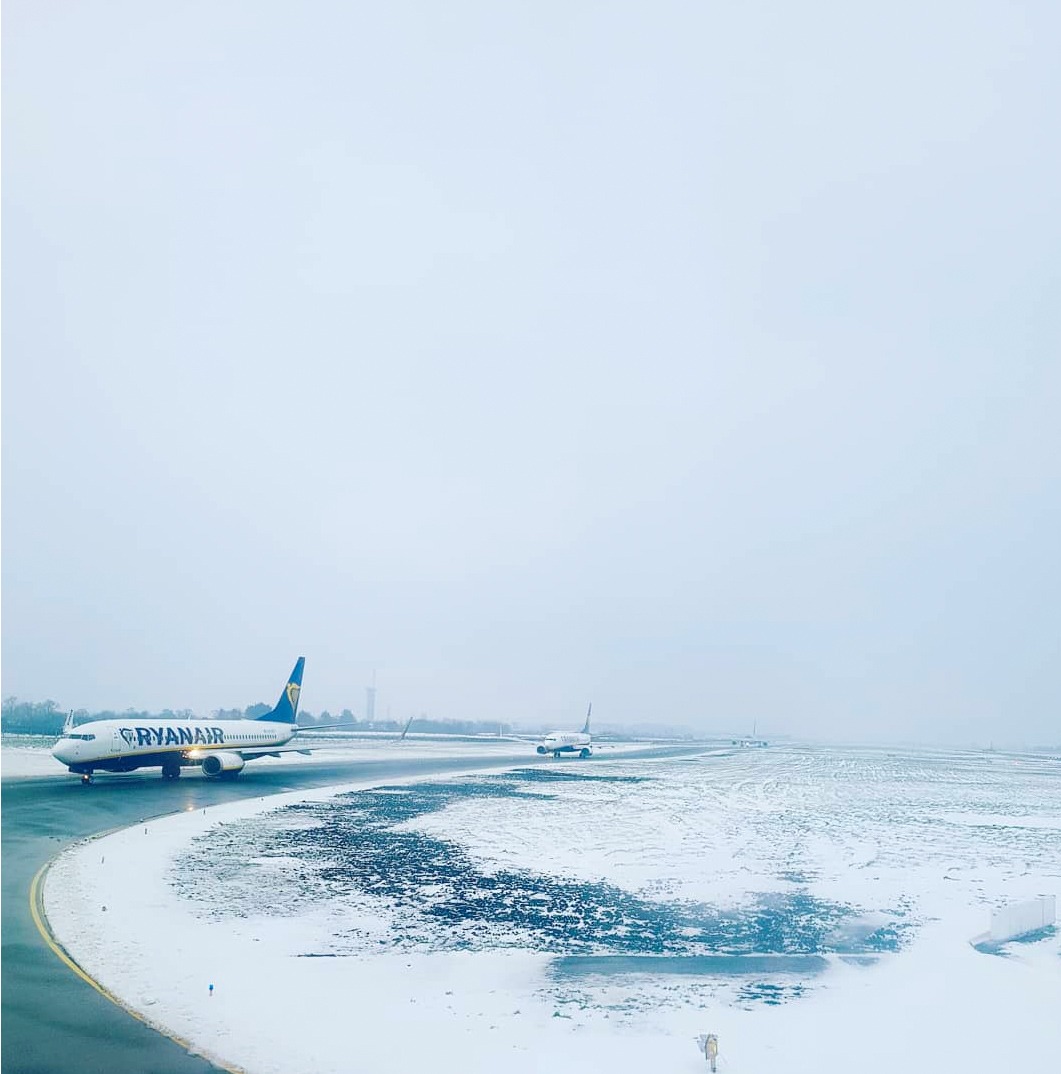 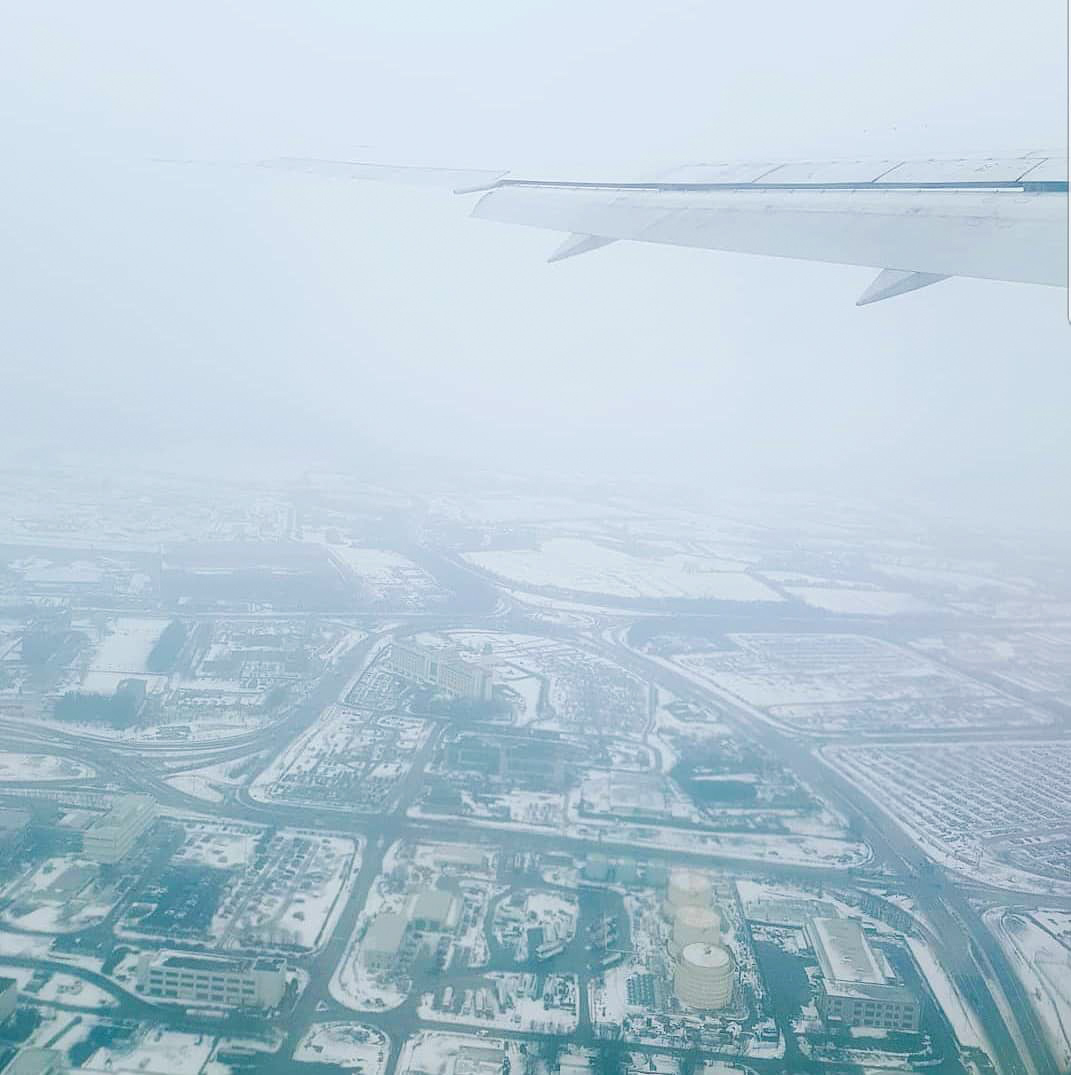 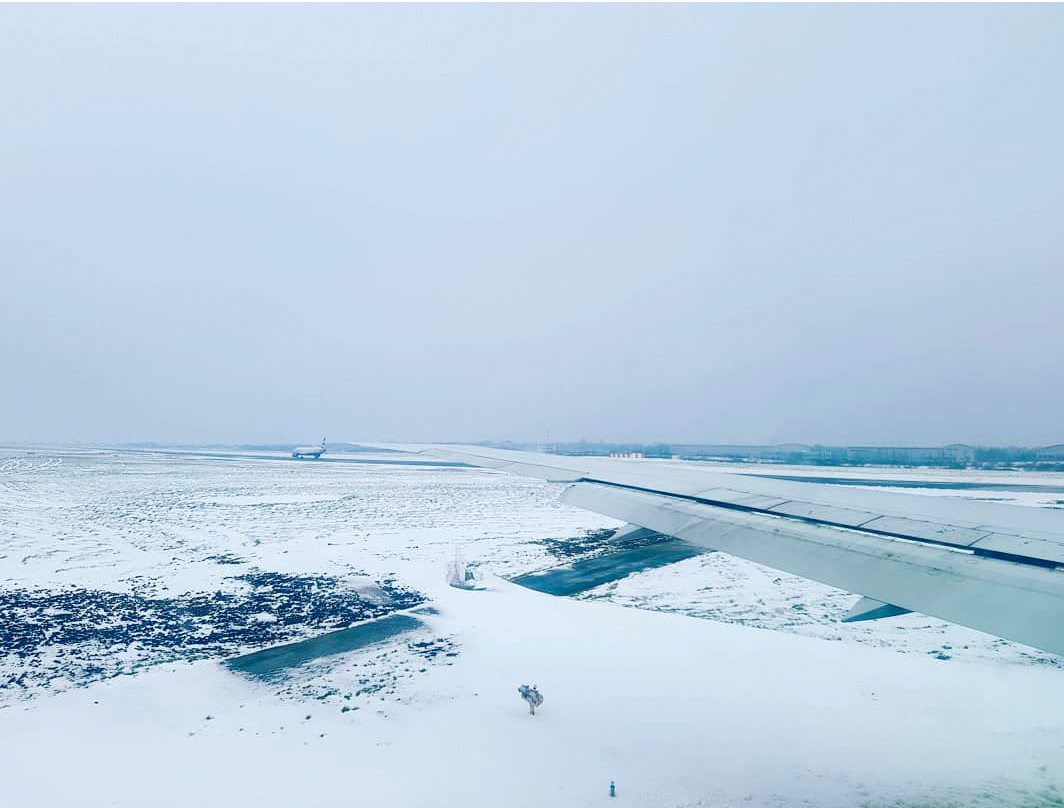 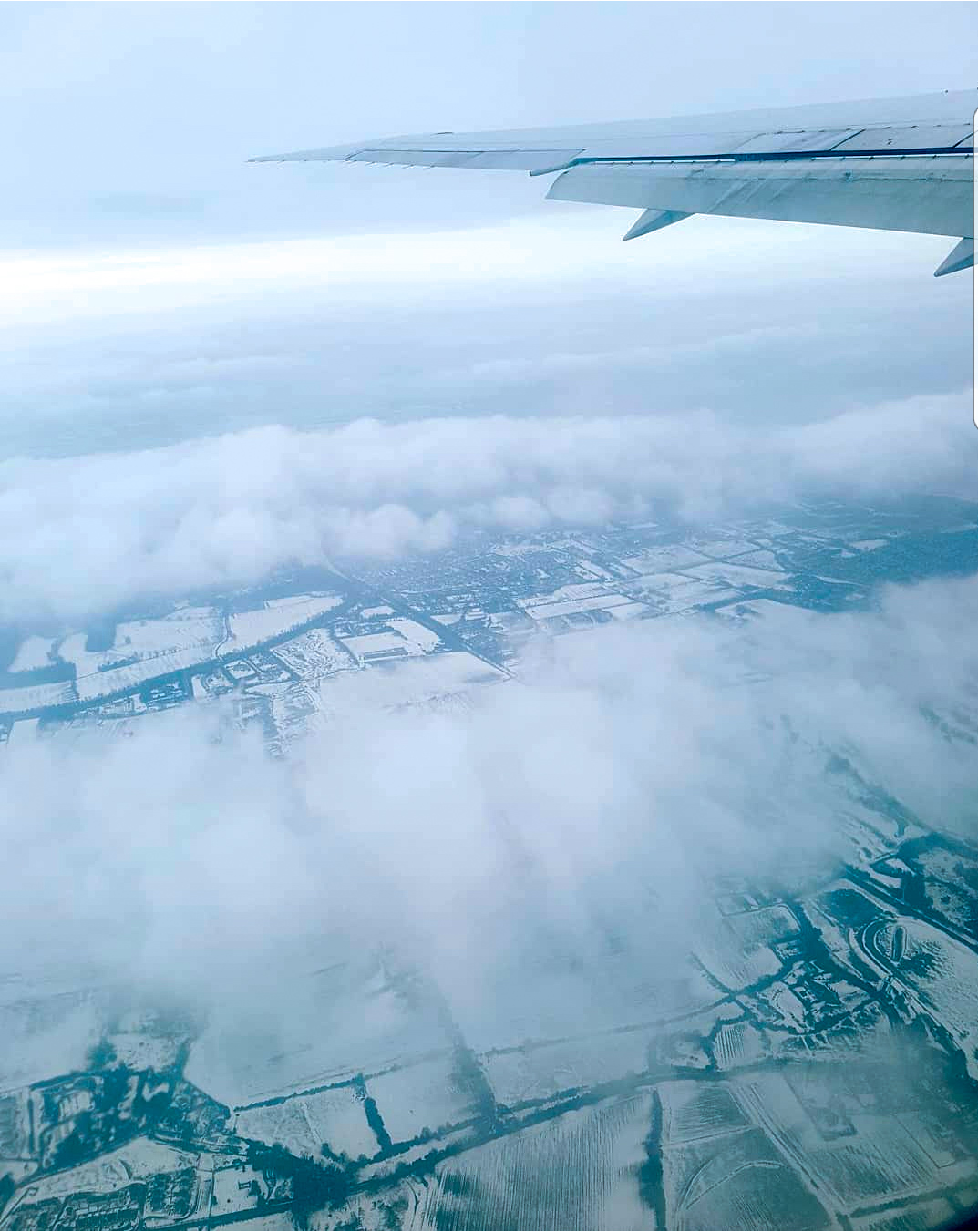 After another delay on my stopover in NYC, I finally made it to Bermuda. The instant beauty of the island was evident straight away - I had never before seen such beautiful clear blue water so eminent from the sky! These ocean views could again be witnessed when walking out of the airport as it is surrounded by the ocean. Rather than a taxi, I took the cheaper option and caught a shuttle bus to my hotel from the airport. I had not pre-booked the bus but I was still able to hop on one from right outside of the main entrance to the airport. It's quite a scenic drive from the airport.

Even visiting during the off-season be prepared for an expensive trip; you are not likely to find accommodation for under $100 (with some of the nicest hotels costing much more than this and with other hidden expenses on top of this too - taxes, gratuity costs, etc.). My hotel, Fairmont Southampton, cost $350 a night. The majority of goods/food is imported to the island and this is one of the reasons for the high cost.

Getting around the island

Taxi's will set you back quite a bit and, as the roads are quite tight, you are likely to frequently require either a taxi or a bus to explore the island (rental cars are not permitted in Bermuda). This was the only main issue for me as when I am on holiday I love to wander by foot to explore, however, most areas in Bermuda are not connected by footpaths and so it can be difficult to wander. One alternative if you are hoping to walk or jog while visiting the island is the Bermuda Railway Trail (more to follow on this later!).

Unless you are willing to pay for a taxi everywhere then I would recommend becoming familiar with the bus service. There are only 11 bus routes and so they are fairly easy to familiarize yourself with. I only used two different buses while visiting the island and they were sufficient in getting me from one side of the island to the other. There is also a ferry service that will drop you to various locations around the island, however, this schedule only runs during the peak season months. 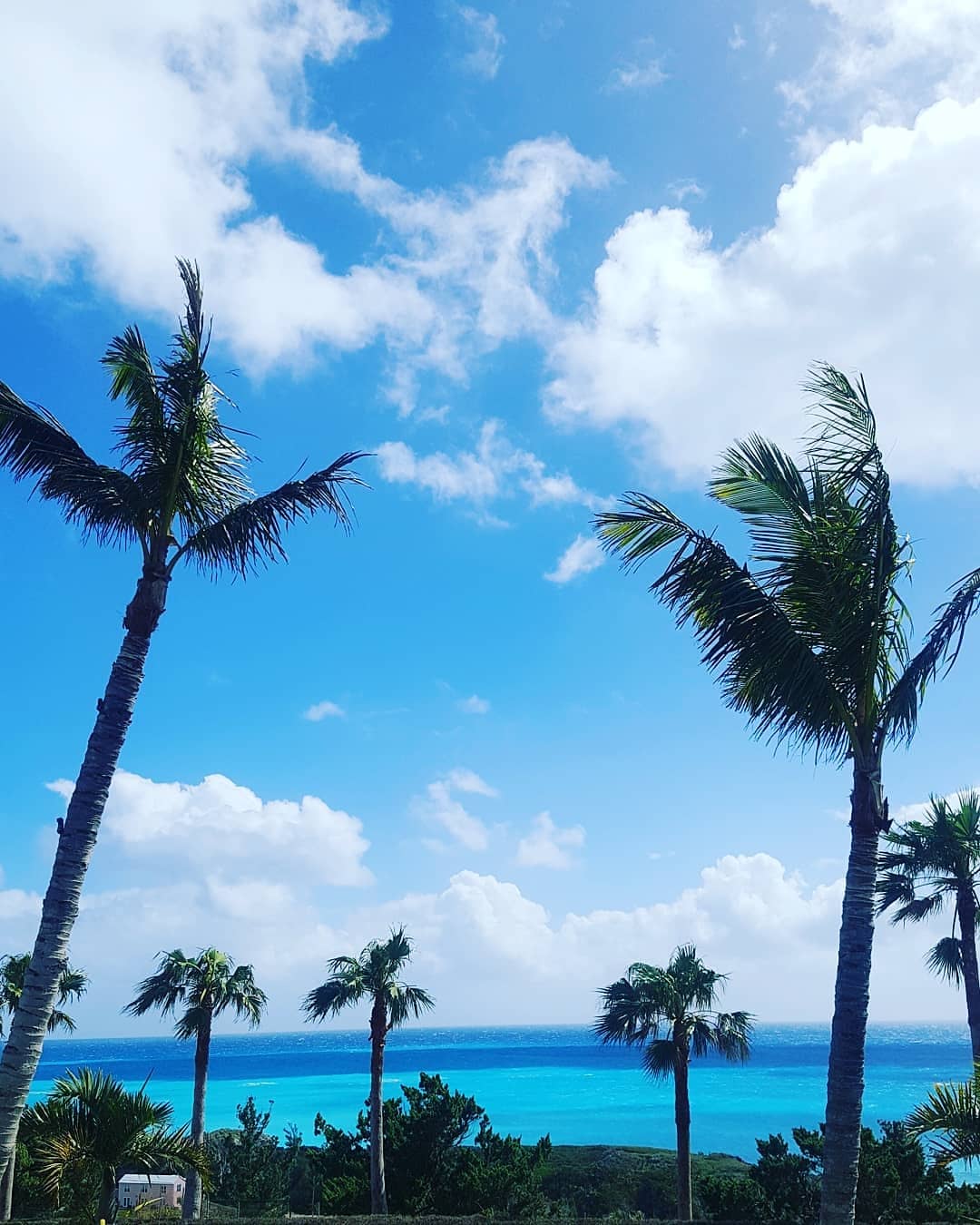 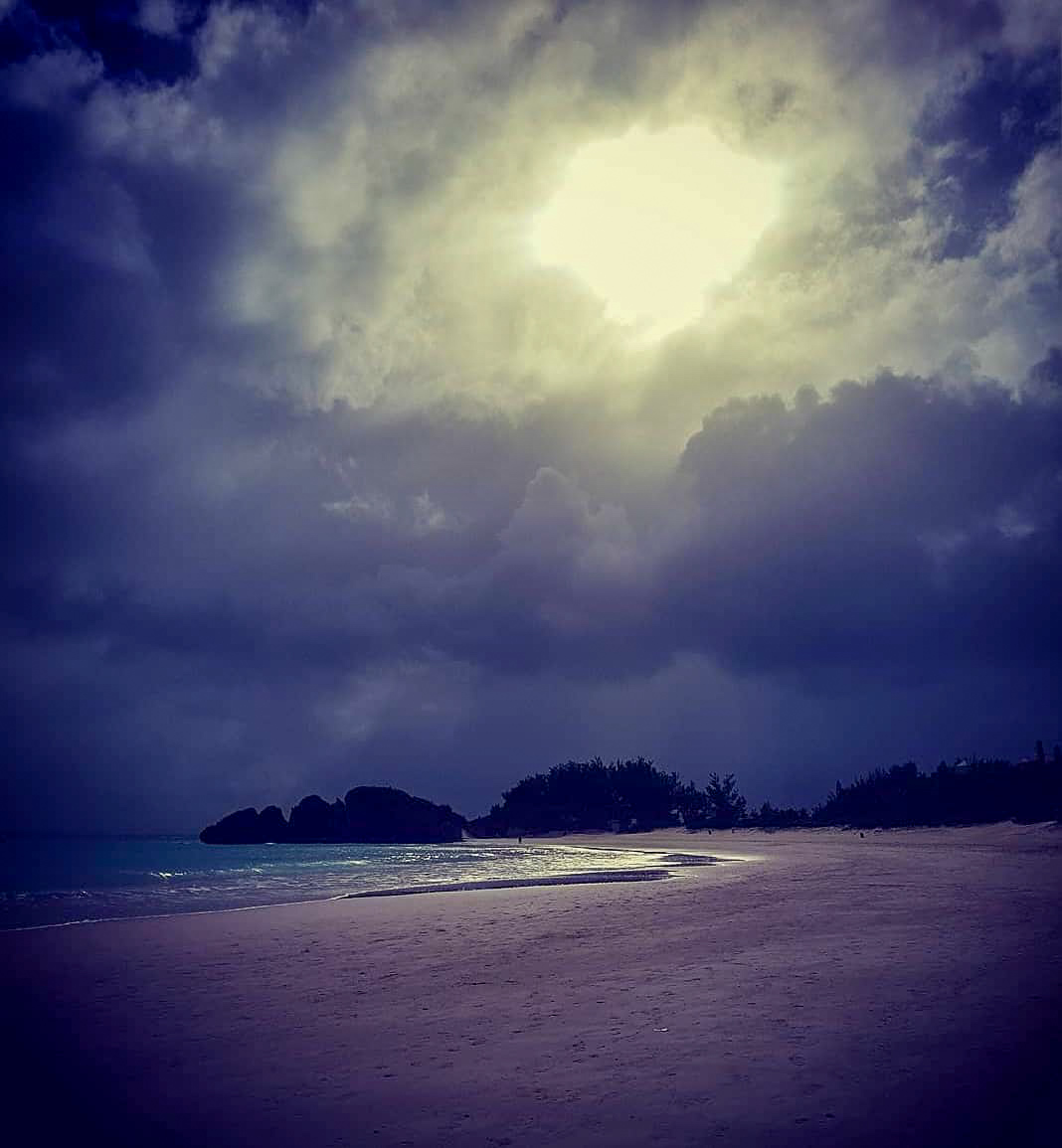 After checking into my hotel, Fairmont Southampton, I couldn't resist exploring the nearby beaches. All of the above pictures were taken on beaches close by Fairmont Hotel and so you can see that it's a great location if you want to spend a lot of your time by the beach. However, unlike other popular beach destinations that I had visited, there were no boardwalks, etc. connecting each beach area to the next. This meant that, unless you are willing to swim to each section, it is a bit of a trek to walk up and down between some of these beaches. Also, due to it being off-season, I could not find anywhere open close by to relax with a drink while enjoying the beautiful sea views. However, the Ocean Club Restaurant (part of the Fairmont Southampton) is open during peak season and it is found between the hotel's private beach area and Horseshoe Bay.

As mentioned, The Fairmont Southampton has its own private beach and it is located at the foot of the entrance up to the hotel (a hotel shuttle bus will drop/pick you up from the beach). This private beach connects to the beautiful Horseshoe Bay Cove which is known for its pink like sandy beach. Mermaid Beach, Marley Beach, Surf Side Beach, and Elbow Beach all lie along the same coastline road after Horseshoe Bay and so there are plenty of beach options in this area.

I had seen many pictures of Front Street online and I couldn't wait for a trip there to see it for myself. This colorful street is found along Hamilton Harbor and is the main shopping area and activity hub on the island. It is a pretty area and is enjoyable for wandering; you can walk up along the Harbor with your ice cream/coffee and there are also many side streets to stroll up and down too. These streets have a good mixture of shops, cafes, ice cream parlors, dining, and bars. Some of these establishments have great outdoor and balcony seating areas where you can relax and watch the world go by over the Harbor. The Bermuda Parliament, the Cabinet Building, and the War Memorial (for Bermuda's war veterans who served the country during first and second World Wars) are also found just by Front Street (see above pictures).

As previously mentioned, there is a ferry service, and a terminal for this ferry is located by Front street. It can drop you to Royal Naval Dockyard (see more on this area below) and various other locations around the island. During the summer months there is a street festival that happens each week on Front Street; Harbor Nights. 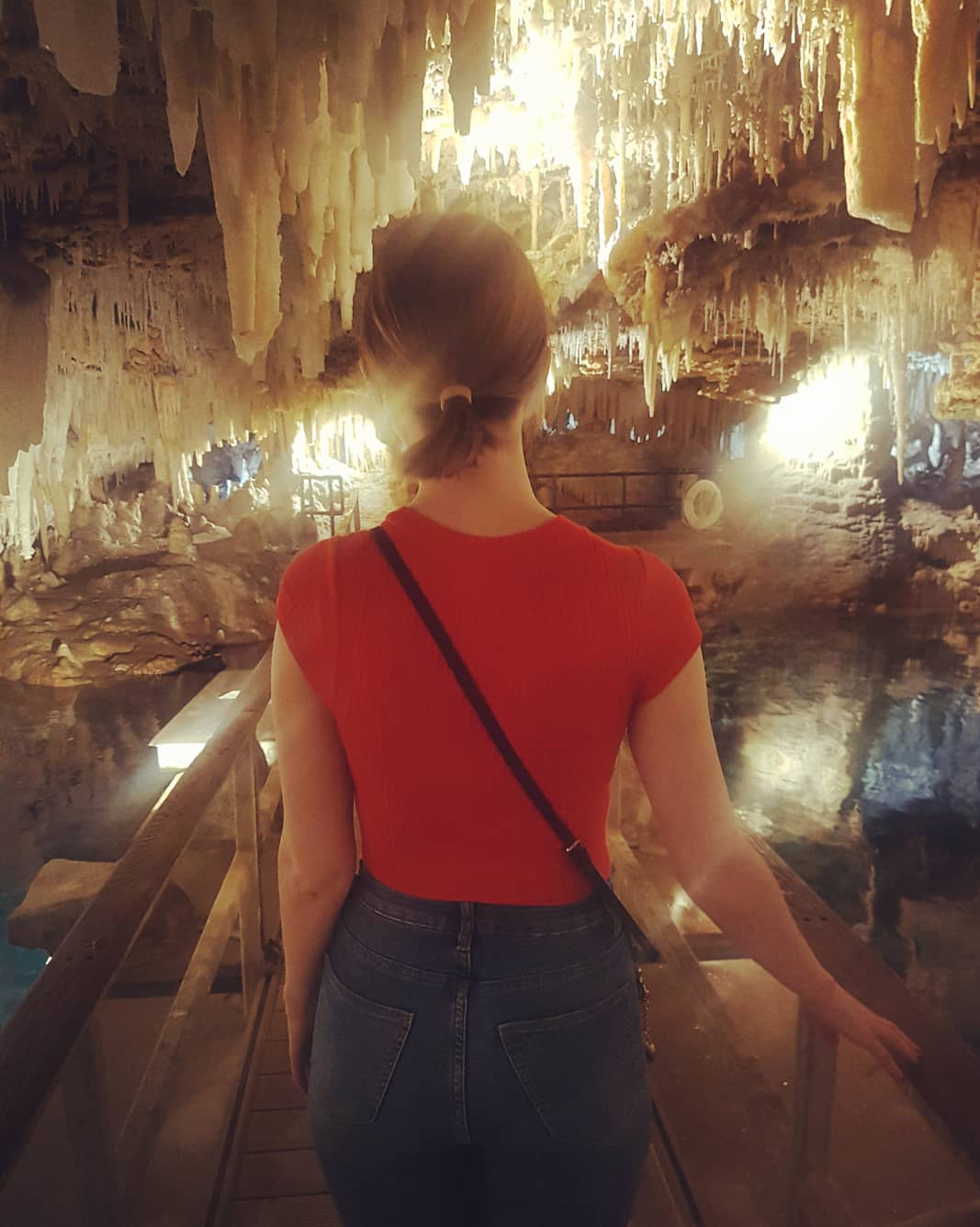 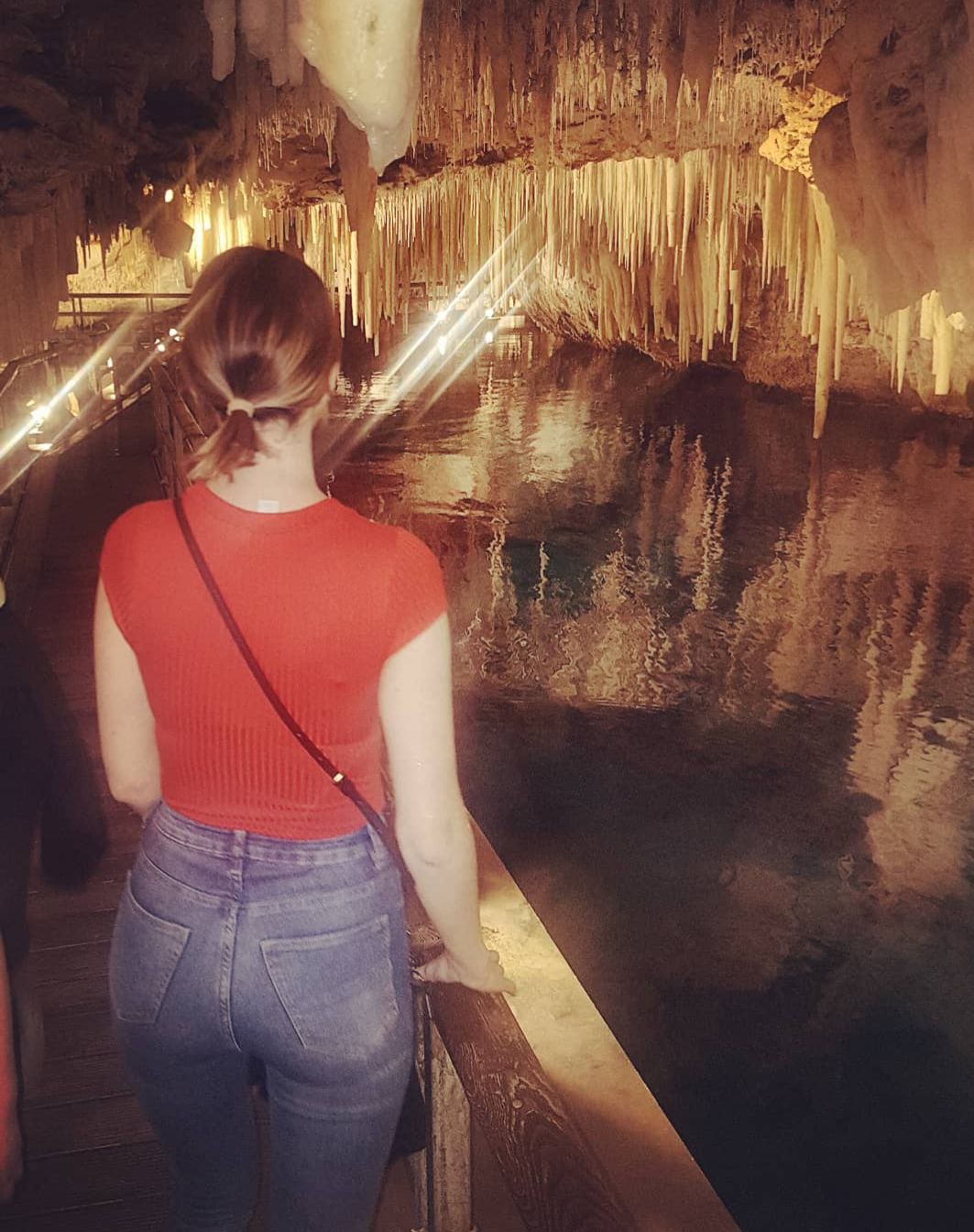 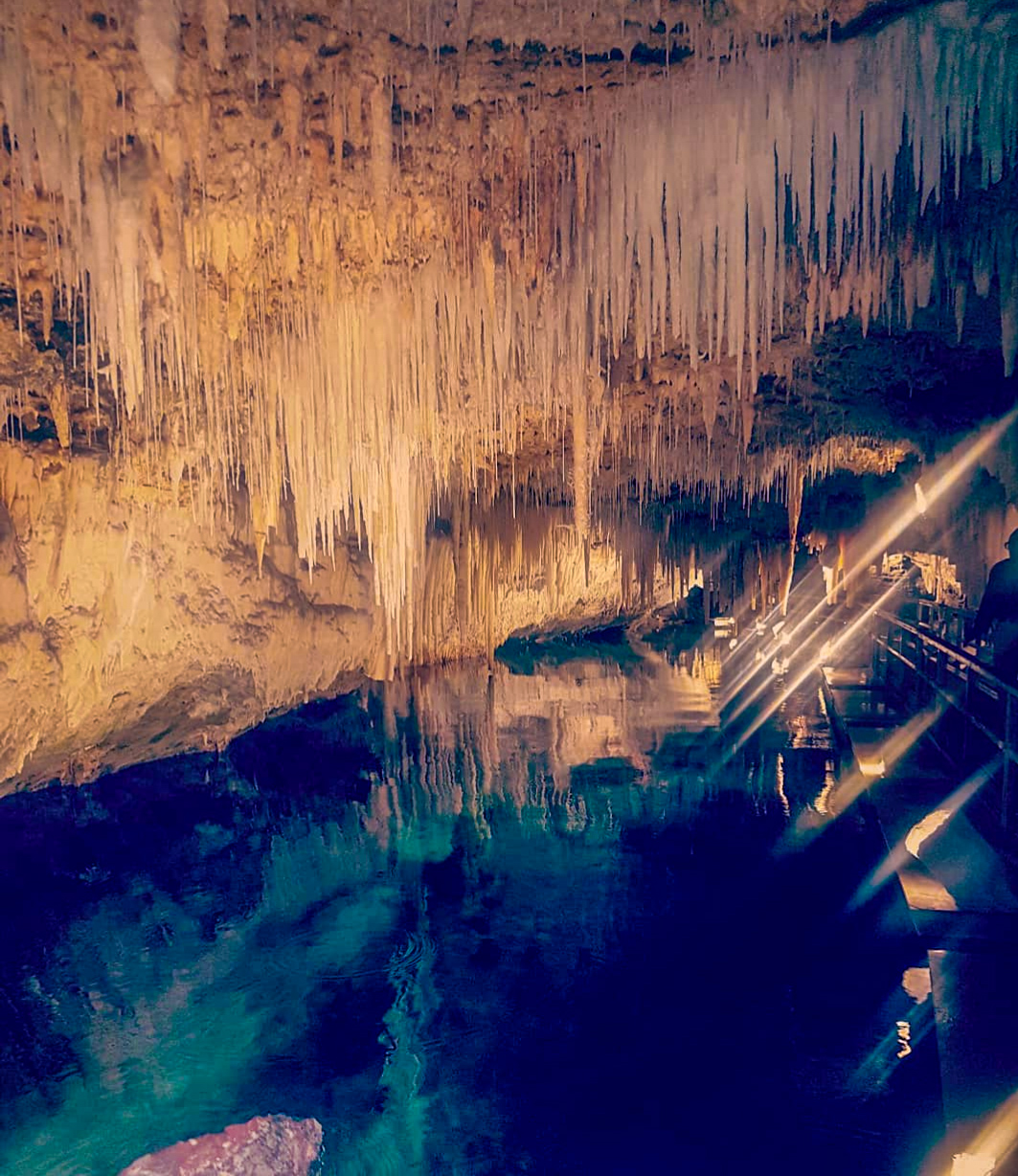 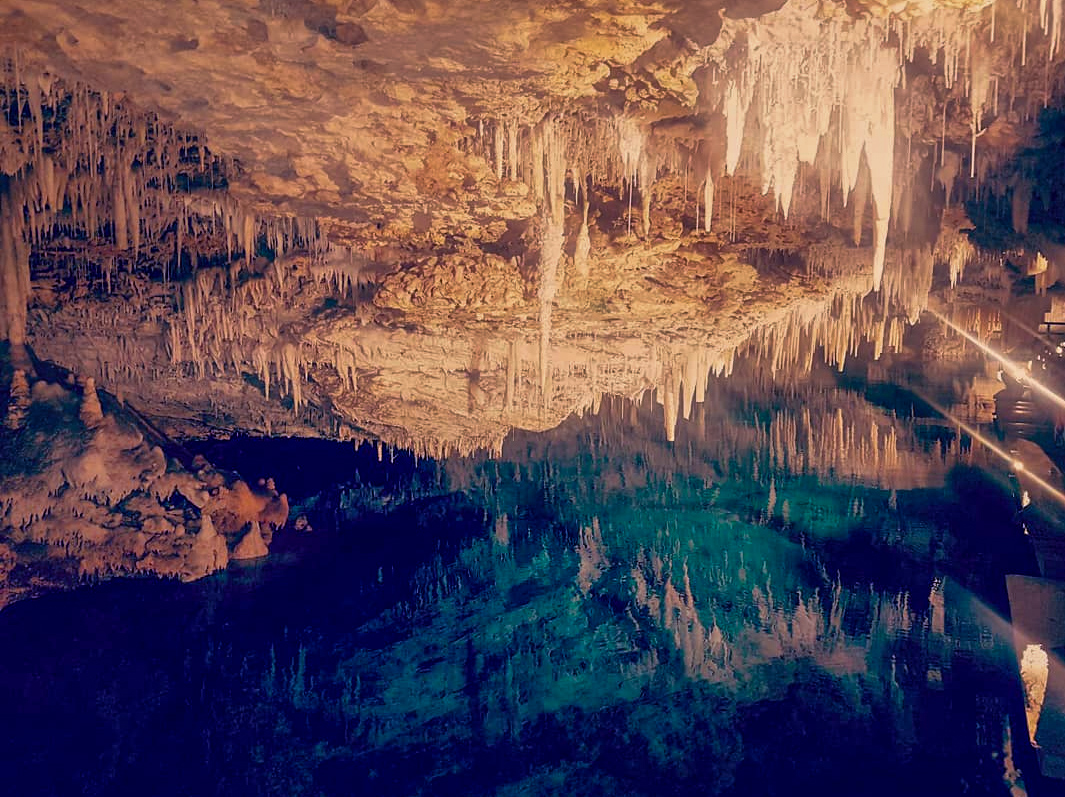 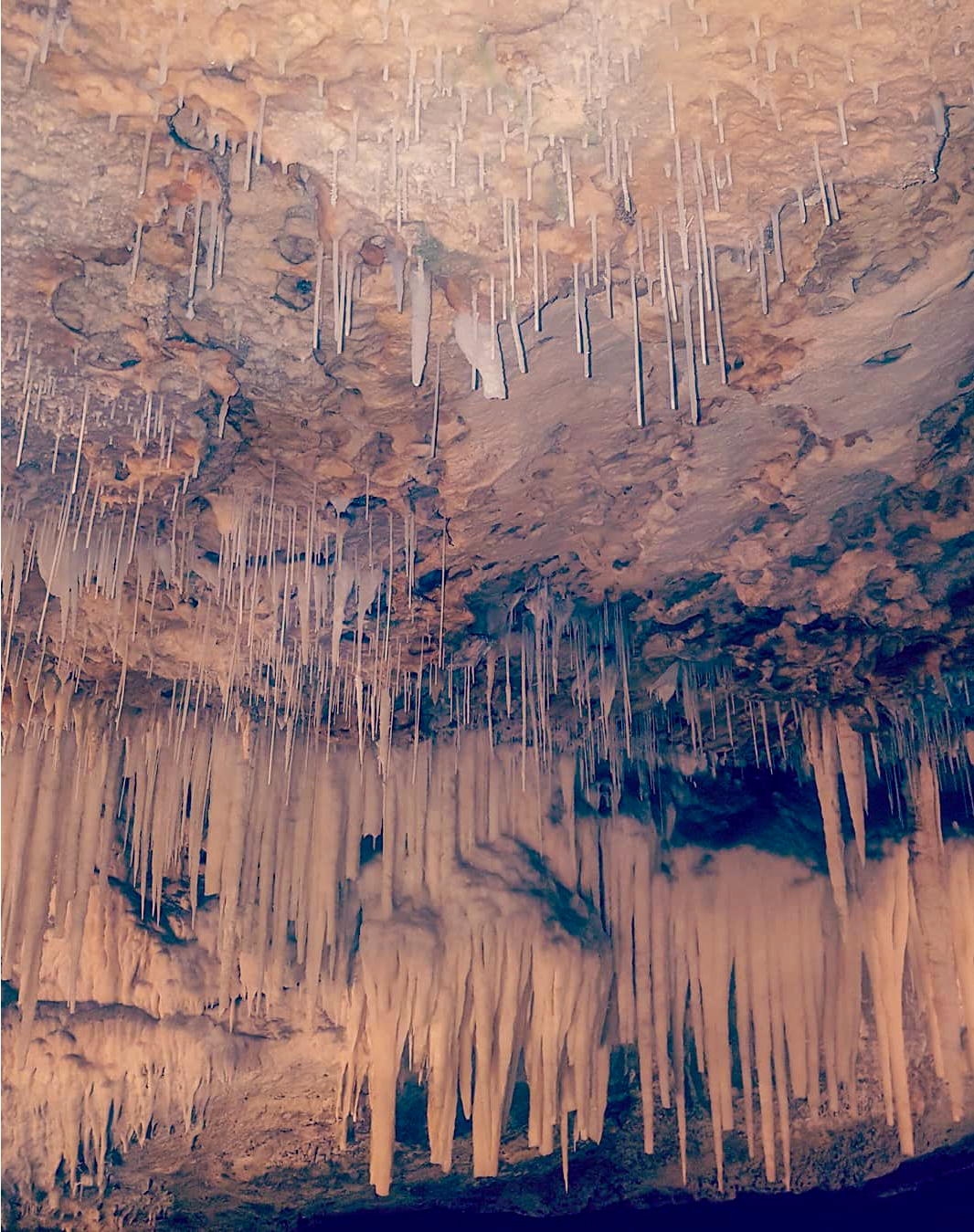 Every time I googled what to do in Bermuda I was drawn to the pictures of these caves! And so, even with my claustrophobia, I decided to visit the Crystal Cave....and it did not disappoint! Even when I arrived at the caves I was dubious if I was actually going to go down underground, however, both the ticket desk attendant and the tour guide were very helpful and assured me that I would never be too far from the entrance of the cave and that everyone is free to leave at any stage of the tour if so required. There was a second smaller cave (Fantasy Cave) which I had not booked for fear that it may be too tight for me, however, from my experience in the Crystal Cave I believe that I actually would have been fine throughout the second tour too.

Our tour guide was great and full of interesting facts; on top of that, he was a superb storyteller! 😊 As the name suggests, inside the cave appeared crystal-like and contained a multitude of stalactites and stalagmites. The cave is approximately 500 m long and 62 m deep. The lower 19-20 m of the cave is below the water level. The caves are thought to have inspired many different people - from Mark Twain to the creators of Fraggle Rock! 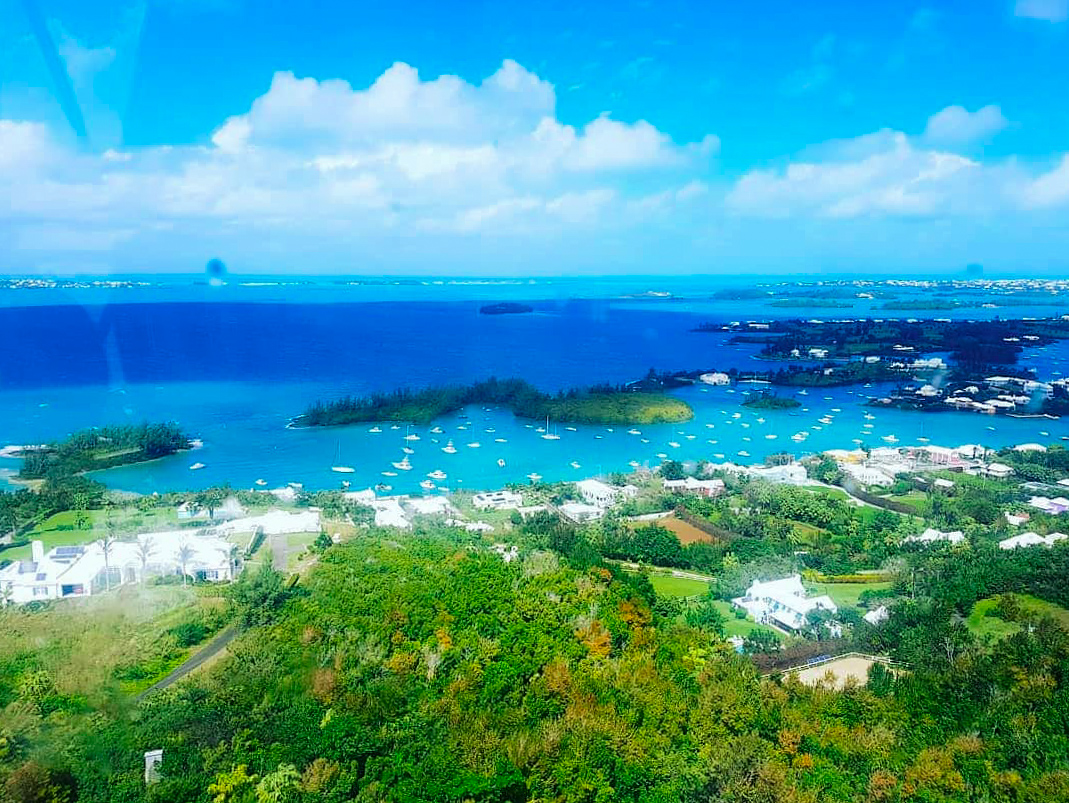 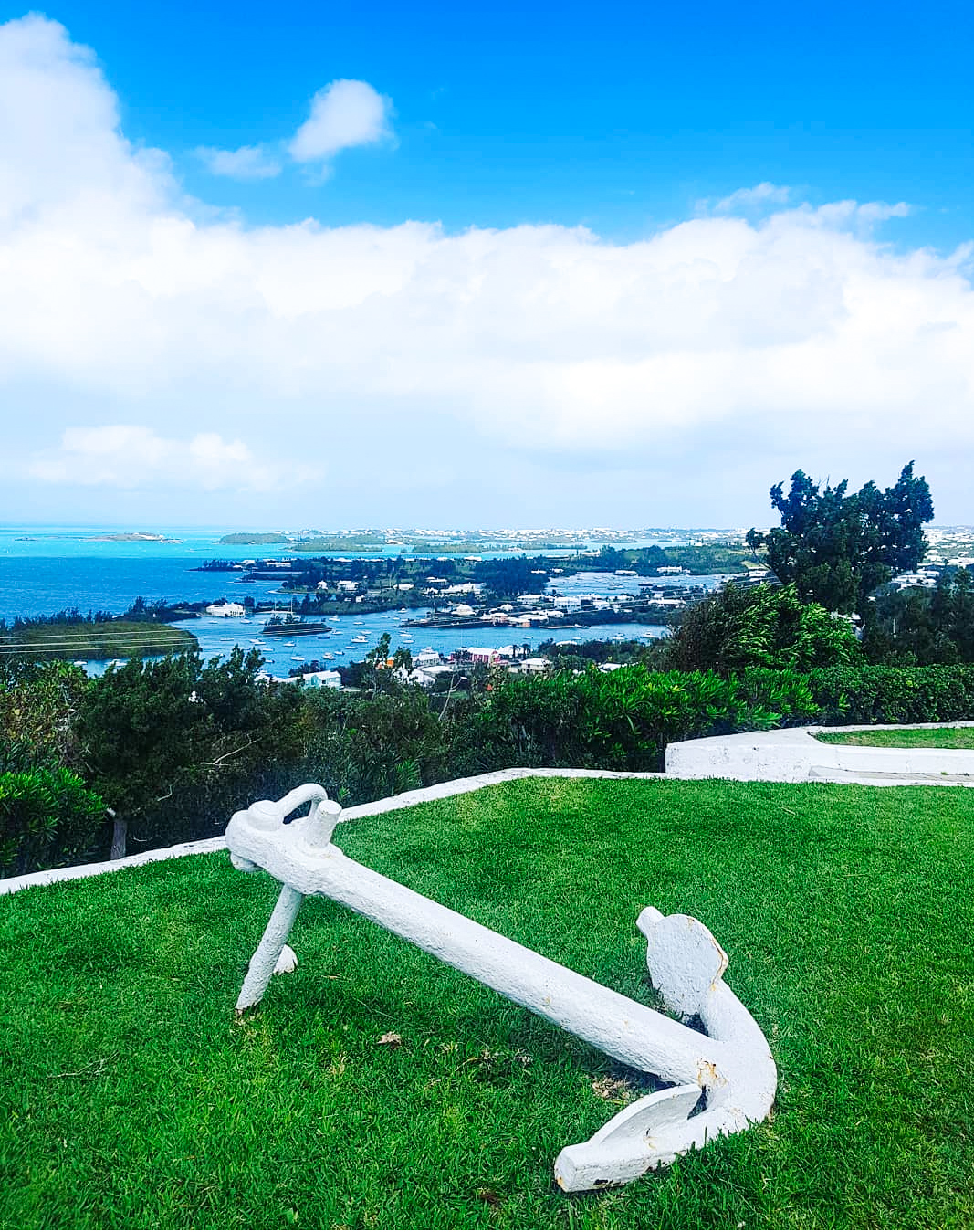 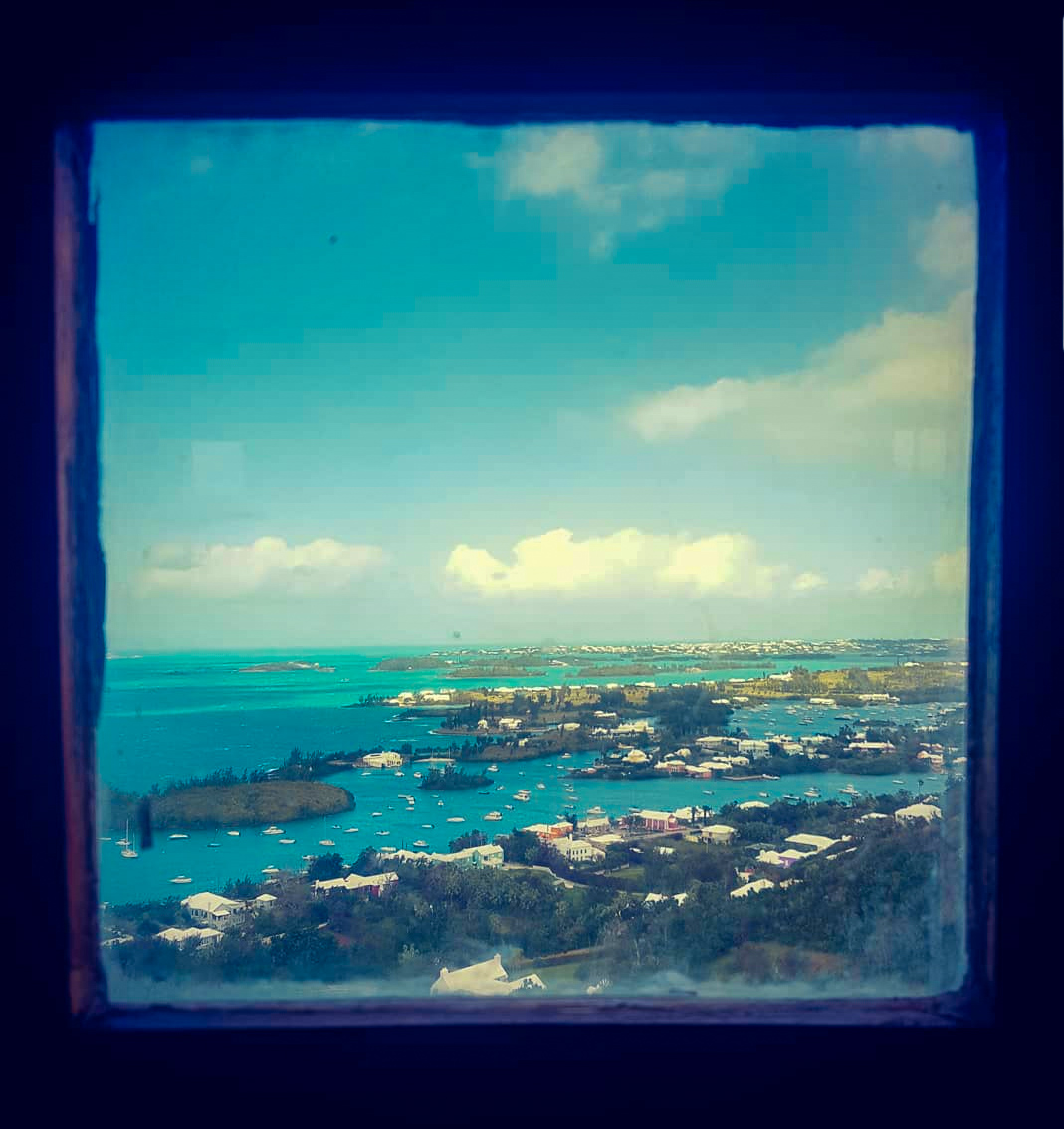 Gibb's Hill Lighthouse was just a few minute's walk from my hotel (Fairmont Southampton) which is also not too far from Horseshoe Bay Cove. Built in 1844, it is the taller of the two lighthouses found in Bermuda and it stands at a height of 245 feet with 185 steps to the top of the lighthouse.

Spectacular views across much of the island can be seen from the top of the lighthouse and I would highly recommend it as a must see for your trip! I was not expecting to be brave enough to walk outside onto the ledge at the top of the lighthouse, however, the views were so amazing that even I couldn't resist stepping outside to admire the scenery.

As mentioned earlier, the Railway Trail is another way of exploring the island. It's perfect for anyone intending to walk and jog while on their trip. I only stumbled upon this trail by accident when I was leaving Gibbs Lighthouse. It stretches from one side of the island to the very other side and contains many points of exit/entry along the way.

It was pretty quiet along the trail when I walked it and so I was slightly dubious of walking it on my own and thus only walked it for around 20 minutes. It was only afterward, when I googled the trail, that I saw how popular it is and saw pictures of the pretty scenery that I had missed out on by not walking more of it. I regret that I hadn't planned better and walked some more of the Railway Trail - especially the sections by the ocean.

The Royal Naval Dockyard was quite a journey from where I was staying, however, the bus trip over to the Dockyard was cheap and provided some lovely views of the island along the way. The Dockyard is the most visited site in Bermuda and it is steeped in a strong history dating back from when the British Royal Navy established the Royal Naval Dockyard after defeat in the American War of Independence. It continued to be a naval base until it officially closed in 1995.

During the summer season I can imagine that there is a great buzz around the Dockyard, however, off-season it was extremely quiet and a lot of businesses were shut on the day that I visited. It's the island's major cruise port and the Bermuda National Museum (which explores the maritime and island history of Bermuda) is located here. There's a lot of art and crafts at the Dockyard, for example, Bermuda Craft Market, Bermuda Arts Center, Jon Faulkner Gallery (ceramic and pottery), and Bermuda Dockyard Glass (glassworks) are all found here. It also features watersports (jet ski tours, para-sailing, mini-golf, snorkel tours, and private boat charters), cafes, restaurants, and retail.

I was drawn to the impressive Clocktower Mall building. It was built in the 1850s as a warehouse for the British Navy but is now used as a mall. The Mall was open, however, I only met a few other customers inside of it....which was great in some ways as I had it all to myself! 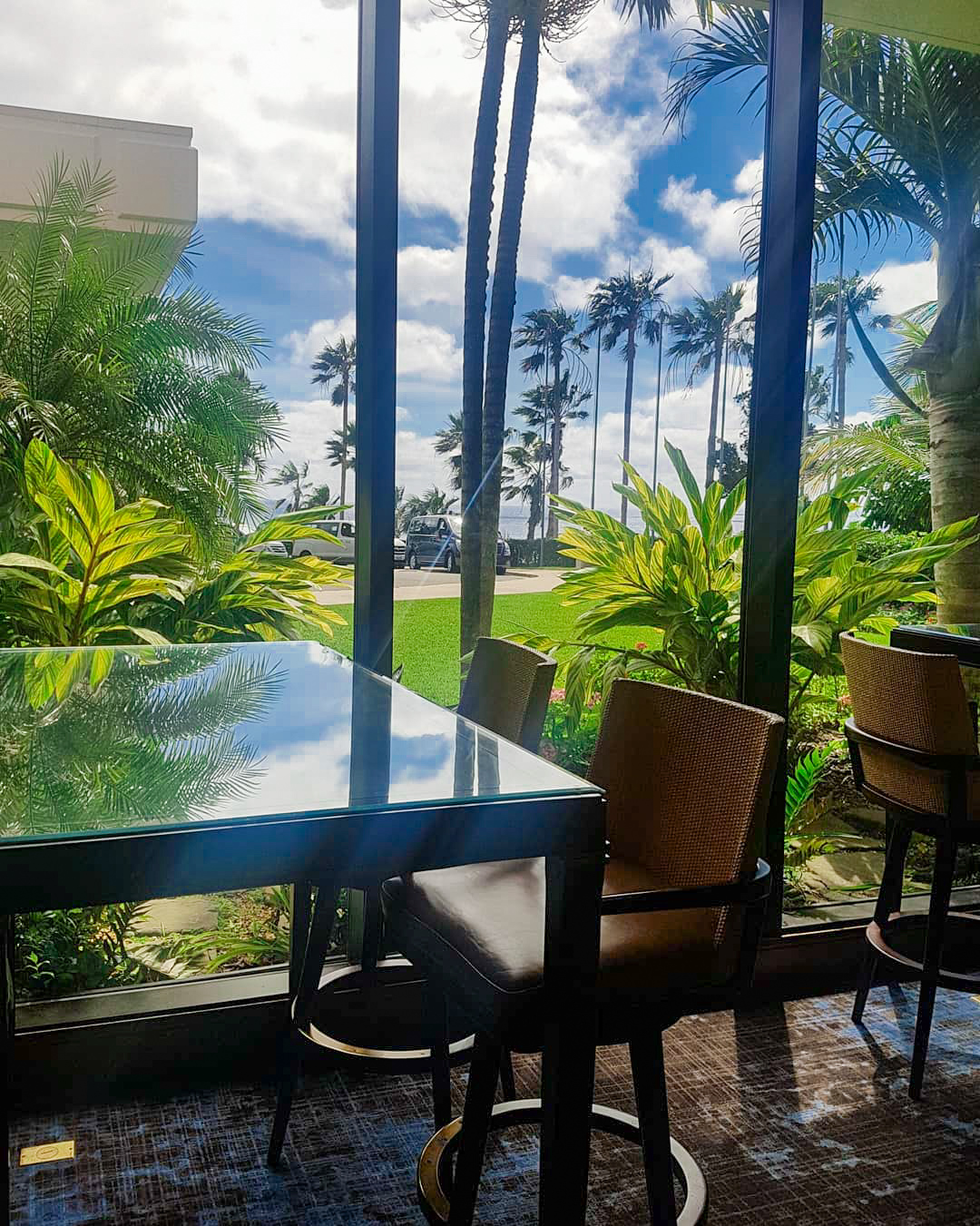 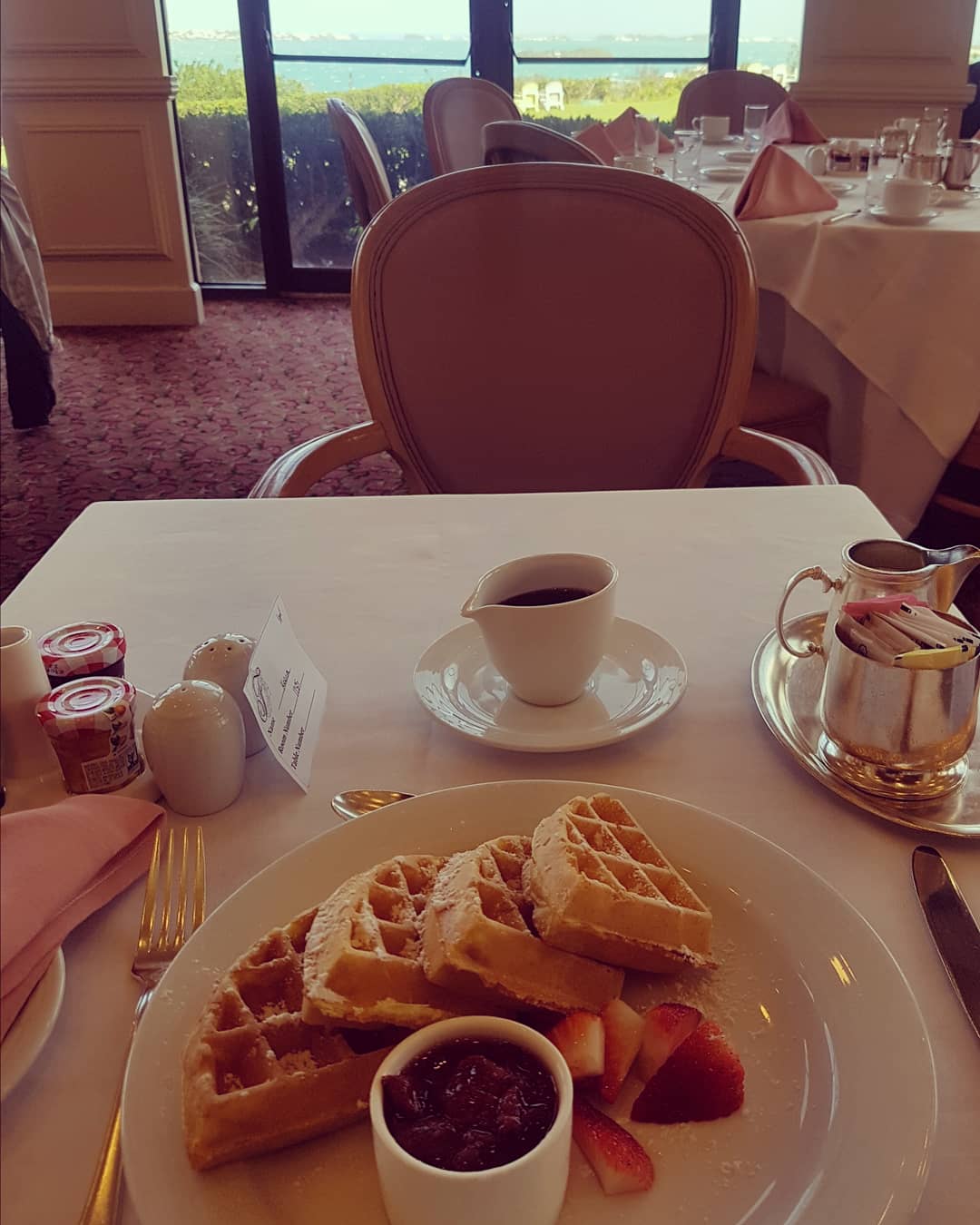 Like many of the hotels in Bermuda, Fairmont Southampton is on the pricey side. Be prepared for extra fees that may automatically be added to room fees (such as, tax/tourism fees, nightly resort fees, nightly gratuity fees, etc.). Access to the outdoor hot tubs (which overlook Bermudas South Shore) and access to the indoor pool during the day is through the Willow Stream Spa and thus can also be at an extra cost.

There are many dining venues on the grounds of this hotel and they cater to different price ranges. We ate in the Boundary Sports Bar and Grille on one of our evenings; the food was great and reasonably priced too.

As well as the spa and dining facilities, there is a golf course, tennis grounds and the hotel even has its own private beach (right next to the beautiful Horseshoe Bay Cove beach). Diving excursions are available from here too. The scenery from the hotel is spectacular; see below for some of the ocean views and the private beach. 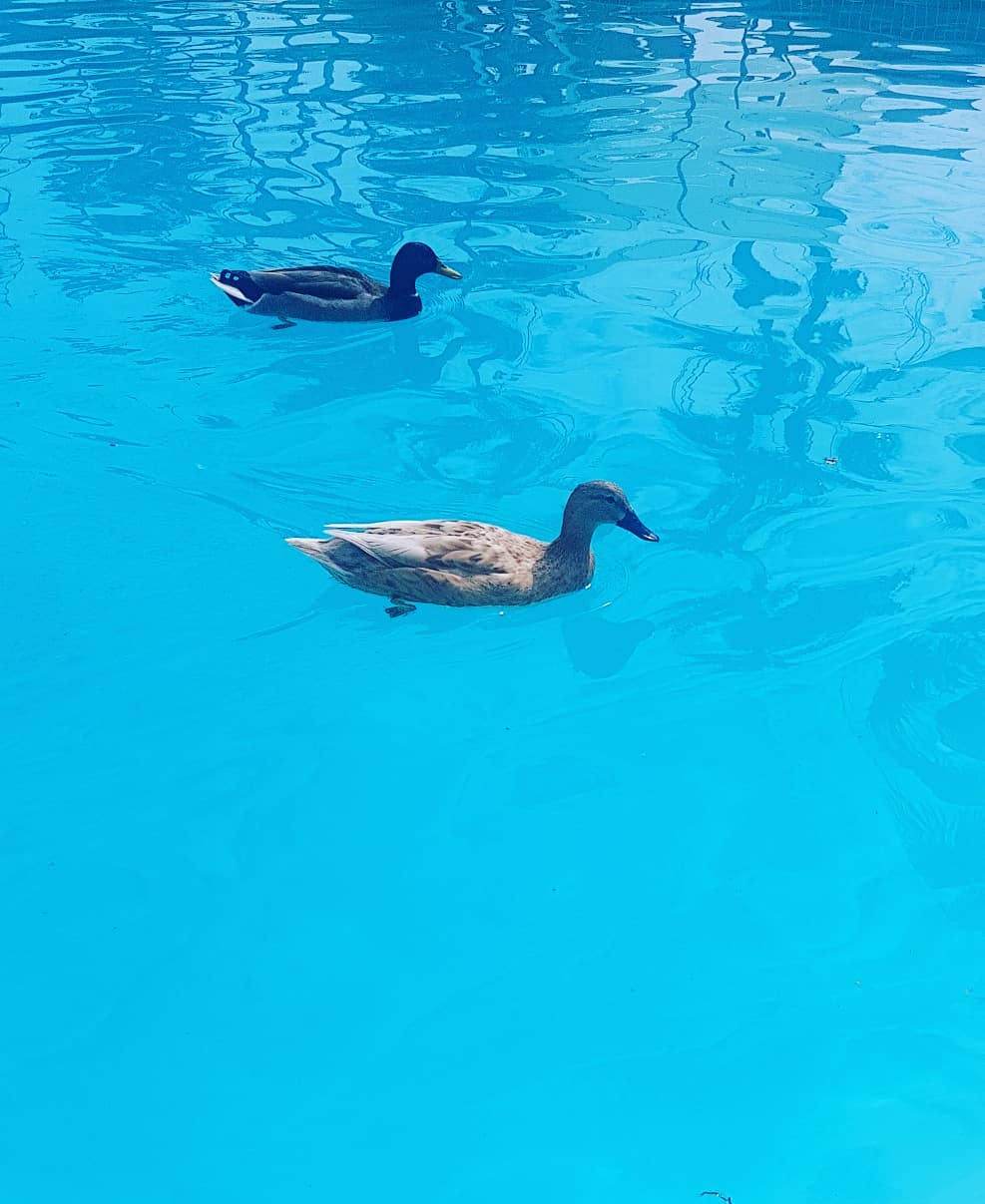 How Nice is Nice!